Truffles in the Pacific Northwest

in search of Oregon Black truffle in Western Washington Douglas fir forests, May 16, 2013. Animal and his Lagotto Romagnolo August at work digging for Oregon Black truffles. Lagottos are a special dog breed from Romagnolo region in Italy that have been used as truffle dogs for centuries. Key thing in training a dog for truffle search is to start early with them.

While Animal only gets his hands dirty August is covered in soil. However, the truffles score is absolutely worth it and it is great fun on top.

August is only a year old and not always is he ready to let go of the freshly scored truffle. He just loves them too much. But he also loves the bacon junks Animal feeds him after every truffle score. 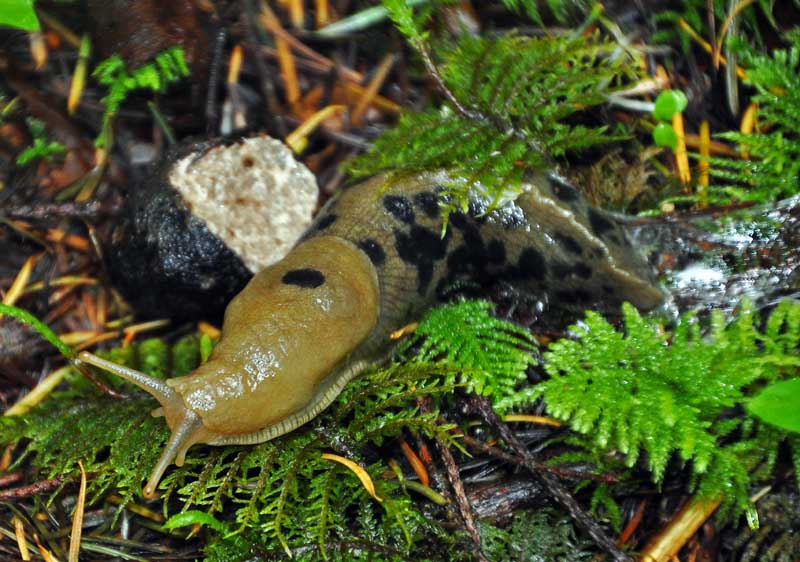 We disturbed this banana Slug (Ariolimax columbianus, correct me if I am wrong) that was feeding on a mature Black Truffle. Truffles attract all kinds of creature. They ooze a strong aroma when their spores a mature so that they will be located underground or in the duff-layer by animals which will eat the truffle and thus disperse their spores. Fruiting underground makes them much less perceptible to the uncertainties of weather. Great strategy! 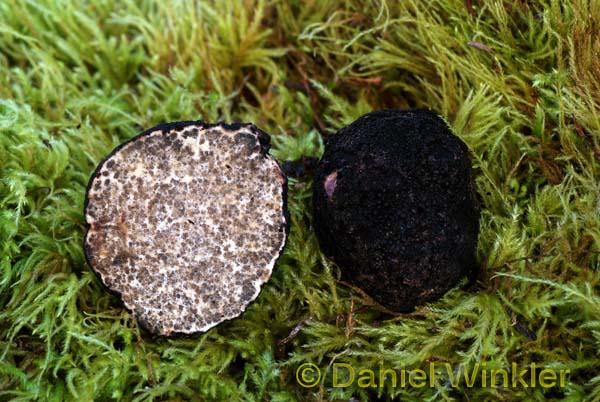 August and Animal sniffing the fruity Oregon Black Truffle after the succesful hunt.

We will meet at 10 am in the Seattle area and drive for ca 2 hours to our truffle forest. Car pooling welcome!

Animal and August will assist us finding Oregon white & black truffles in a Douglas fir forest.

Please also send me an email using the contact page to register successfully. Oregon Blacks collected that day, all located by August, the Lagotto. Not pictured are the truffles snails and voles had started to eat and the truffles August gulped excitedly down in the process. 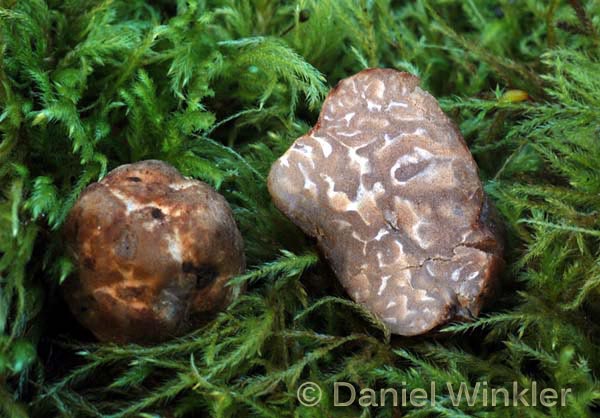 The delicious Oregon white truffle (Tuber gibbosum) adds a rich truffly aroma to simple dishes of pasta or more complex dishes. It has an aroma reminiscent of garlic, cheese and other difficult to describe hints. It matures from late January into June. Another Oregon White truffle (Tuber oregonense) fruits earlier from October through February. Found in Mason County, Western Washington, Feb. 1st, 2011